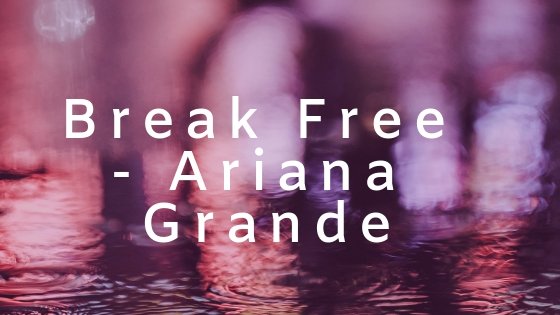 These piano notes are of “Break Free”, song by Ariana Grande an American singer and featured by Zedd producer. These piano notes of which was originally written by Savan Kotecha and produced by Zedd & Max was premiered on 2nd of July, 2014 on Total Ariana Live, in MTV’s revival. The song was when it was aired for digital download. of the song cover pop and R&B. Its piano notes follow the same trend

This song hit fourth in the list of Billboard Hot 100, and was Ariana’s 3rd consecutive top ten from her album My Everything first two being Problem and Bang Bang. Also, it touched the number three and fifth position in Australian ARIA chart and Canadian Hot 100. Song has sold up to 1.9 million of copes in United State only, and this made Ariana the 7th singer in the list of singers whose million copies were sold. After this she also became the 2nd lead artist in female category and marked her position in top 100 Hot Artists after Adele. The song has also been certified to triple Platinum by RIAA.

According to the sheet music this song is written in G minor. According to the singer the song was fantastic and really super experimental for her.  Also, she dropped the hint that she wanted it to be the next single.

Music video of this song was first filmed in 12th of June, 2014. And the direction of the song was done by Chris Marrs Piliero. With intergalactic theme, according to Grande the video was inspired by 1968 film Barbarella, the Star Wars series & space.  plot consists of Ariana Grande in a fictional planet renouncing allegiance to an evil regime of extraterrestrials & freeing group of prisoners from cages.