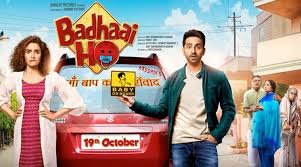 The song Morni Banke is sung by Guru Randhawa & Neha Kakkar.  The music for the song is given by Tanishk Bagchi and the lyrics are written by MellowD. The song was used in ‘Badhaai Ho’  a Romantic and comedy movie, which was released in 2018. The song gained a lot of popularity and receive a lot of love too. The song was first released on YouTube and receive millions of views.

The song features Ayusmann Khurana and Sanya Malhotra. The song is a re-imagining of Panjabi MC’s hit 2010 song, Morni, and has over 4 million views on YouTube since its release. The new version is sung by fan favorites Guru Randhawa and Neha Kakkar. The music video features the film’s entire cast including Sanya Malhotra, Neena Gupta, Sheeba Chaddha, Gajraj Rao and more. The song has a fast track and beats which helps you to give the Panjabi feal t the viewers.

The song starts with the engagement ceremony of Ayusmann Khurana and Sanya Malhotra. When the ring exchange ceremony was going on, Sanya refuses to accept the ring (as a jock) and started going out whereas Ayuusmann tries to make her wear the ring and started dancing and at last he completed the engagement ceremony. Badhaai Ho also seems to trace the journey of a family, as they tries to accept and acknowledge the news of a “new member” coming into their household. Apart from Ayushmann and Sanya, the song Badhaai Ho also features Gajraj Rao And Neena Gupta in key roles.