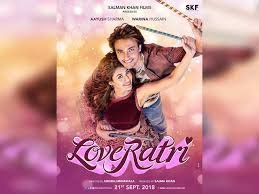 The song Rangtaari is sung by Asees Kaur, Badshah, and Jubin Nautiyal.  The music for the song is given by the Tanishk Bagchi and the lyrics are written by Tanishk Bagchi And Badshah. The song was used in ‘Loveyatri’  a romantic and love movie with a little bit of comedy is it, which was released in 2018. The song gained a lot of popularity and receive a lot of love too. The song was first released on YouTube and receive millions of views.

The song features Warina Hussain and Aayush Sharma. The song was the first release on twitter by Salman Khan. In the song, Warina Hussain plays the role of Sushrut whereas Aayush Sharma plays the role of Michelle. The song has a fast tempo and with the looks of the video, it seems to be the club anthem of the year. The song has a pretty nice beat into it, which helps to complement the song.

The story starts with Sushrut’s aka Susu’s, who refunds his tuition fee to his parents which makes his father angry. His father is always tired of asking him to make plans for his future but he is stuck with his dream of opening his own Garba academy whereas Michelle is a very bright college student who lives in London and has a lot of plans for her future. In the song you can see Sushrut dancing and showing his awesome moves.