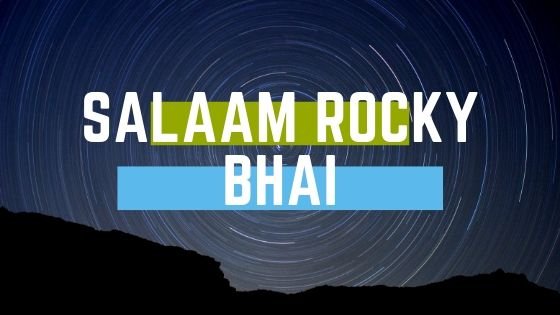 Here we’re giving you 2 variations of piano notes / sargam for the song Salaam Rocky Bhai from KGF Chapter 1. Written and directed by Prashanth Neel, this Kannada-language period action film has been dubbed in Hindi, Telugu, Tamil and Malayalam languages. The next part of the film is K.G.F: Chapter 2, which is a blockbuster too. The song “Salaam Rocky Bhai” has been hugely popular among people and it’s good to play on piano / keyboard / any other instrument.

The piano notation of the song can also be used for keyboard (synthesizer). The song is composed by Ravi Basrur and sung by Balraj Jagadeesh Kumar, Deepesh A K, Mohan Krishna, Abhishek Chaithra Soman, Vijay Prakash and Renjith Unni.

The lyrics of the song is written by Sudhamsu and people from around the nation have well accepted the song. The song has appeared on the top popular list of several year-end and best of all-time lists.

The music video of the song shows Yash and it’s liked by millions of people nationally.

The songs talks about Ruling over life! Ruling over death. The music is beautifully composed, which makes it very popular amongst pianists around the nation.

Checkout the notes of the song below and let us know your feedback below.