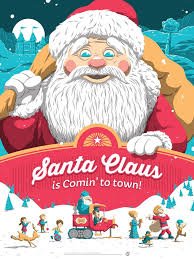 403
SHARES
2.4k
VIEWS
Santa Claus is Coming To Town
“Santa Claus Is Comin’ to Town” is a Xmas song, Compiled by J. Fred Coots along with Haven Gillespie. The first known documented version of this song was banjoist Harry Reser and his group October 2-4, 1934 (Decca 264A)[7] It was subsequently sung on Eddie Cantor’s radio series at November 1934. It became an immediate hit with more than 30,000 recordings along with requests to get 500,000 copies of sheet music. \

The variant for Bluebird Records from George Hall and His Orchestra (sung by Sonny Schuyler) was remarkably popular in 1934 and realized that the a variety of graphs of this afternoon.

Haven Gillespie’s lyrics begin”You better be careful, better not shout You better not pout, I am suggesting / Santa Claus is coming to town”.

Cantor’s authentic operation, air at the elevation of this Great Depression, added specimens perhaps not at the typical variation of the song, encouraging listeners to become altruistic and help the less fortunate at Christmas.