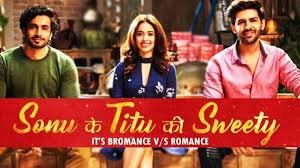 Here are the piano letter notes of Tera Yaar Hoon Main. The song is composed by Rochak Kohli and is sung by Arijit Singh and Rochak Kohli. It belongs to Sonu Ke Titu ki Sweety and was released in 2018. The lyrics of the song are written by Kumaar and people from around the world/nation have well-accepted the song. The song became so popular that it ranked in the top popular list for several years and best of all-time lists. Sonu Ke Titu Ki Sweety is a 2018 Indian Hindi comedy film directed and written by Luv Ranjan, whose Luv Films and T-Series co-produced it. T-Series and AA Films co-distributed the film, which was edited by Akiv Ali. Kartik Aaryan, Nushrat Bharucha, and Sunny Singh play Sonu, Sweety, and Titu, respectively, in Sonu Ke Titu Ki Sweety. The film marks Bharucha and Aaryan’s fourth collaboration with Ranjan, as well as Singh and Sharma’s third collaboration with the trio. Sonu Ke Titu Ki Sweety debuted in global theatres on February 23, 2018, and quickly became a surprise blockbuster. The film shocked both audiences and critics by breaking the 100 Crore Club domestically net, and it finished with a net gross of $1.09 billion in India. A sterile landscape Titu Sharma is heartbroken because his girlfriend Pihu Khanna refuses to communicate with him. Sonu Sharma, his best friend, tells him that she is not the right woman for him because Titu is loving and compassionate, while Pihu is possessive and callous. Sonu gives Titu an ultimatum to choose between him and Pihu, and Titu chooses his best friend. Titu’s family informs him that a family has expressed interest in marrying him to their daughter Sweety Sharma. He decides to meet Sweety, and the two hit it off right away. Sweety seems to be the ‘ideal wife,’ as she is highly loving, compassionate, and intelligent. Sonu finds this very suspicious, though he admits to Titu that she appears sweet, he can’t tell if the two should marry just yet. The composition of the song is beautifully done, which makes it very popular amongst pianists around the nation/world who want to learn and play piano notes of this amazing track.